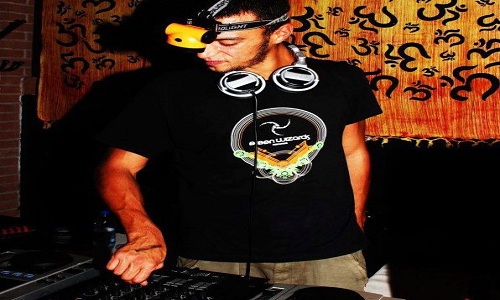 ELECTROSLIDE is Louis Marchetti, a 24 year old Italian dj. Now he lives in Como (Lombardia) but he has lived for 23 years in Bassano del Grappa (Vicenza).

He first entered the world of psytrance in 2004. In 2006 he started playing psytrance tracks by artists such as Logica, Materia, Ectima, Mental Broadcast, Earthling, Sirion, Polaris etc. He created a small crew that goes by the name of Visible Hypnotism Crew.

With them he stared to organize events in pubs and clubs. After a short period, his love for psytrance grew and he decided to create decorations and to travel to organize parties as an art decorator. Since 2008 he has been part of  several Venitian tribes such as Nutria Dance Corporation and has started to appreciate  darkpsy music, moving later to K.Tribe.

Eventually in 2009 he joined Creative Jungle as an art decorator and started to play darkspy music, above all tracks by artists such as Furious, Cosmo, Insector, Koboldistinct, Syrallus, Ankur, Nyama, Fobi, Bombax etc. He plays at a speed that goes from 150 to 180Bpm.

Now he works for Green Wizards Records organizing events all over Italy, inviting artists from all over the world. 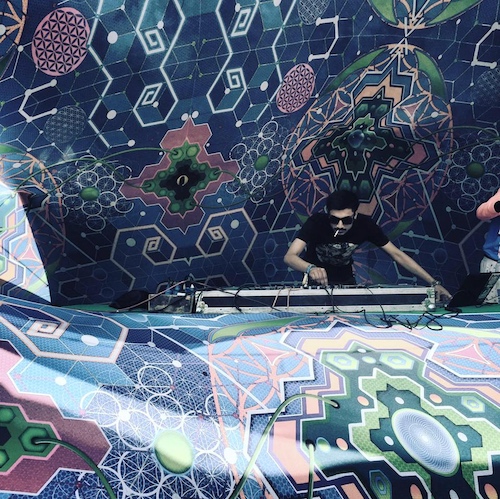 Fractal Dimen5ion is the alter ego of drummer Shaurya Shah born in 1993 in Bombay. His sets have a versatility between energy & groove to make every dance floor move. It was in early 2009, he entered the psychedelic scene & quickly developed a strong bonding with fast flowing beats moving energies at a trance party in Goa.

Since then, he has showed dedication & promise for his love for music and found his roots in phat bass lines playing around in India. He mastered his ears further in the UK. Synchronically, the results were pleasant experiments on dance floors with an intriguing expedition to the other side of the console. He has been moving dance floors with music which needs utmost precision & has shared the stage with many big names of the psychedelic scene like Fobi, Technical Hitch, Fungus Funk, Bombax, OxiDaksi, Para Halu, Arjuna, Spaghetti Brain, Malice in Wonderland, Mr.Pink, Zik, Upgrade, Junxpunx, Confo, Naima, Wiki Leadz, Mad Scientist, Loud, Zaiklophobia, Carlos & many more.

He also founded Underground Interstellar in 2014. 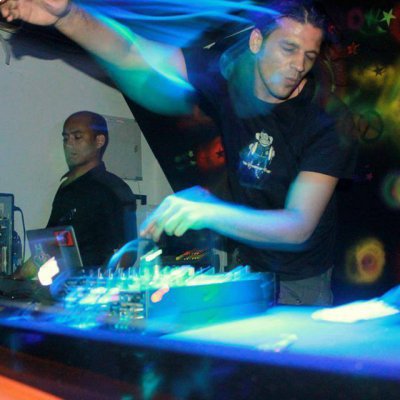 Raavas is Kuniya Sagar , born and raised in ( Mumbai ) India

His dj sets are mainly dark psychedelic sets , you can find him djing now in India :)

Damaru meaning : The damaru drum is an ancient and spiritually potent symbolic medium for ritual music and magic used to communicate the intangible abstract other world through the senses.

There is also a legend that the sound Shiva made on Damaru was passed onto his son, Lord Ganesha, who was a famous pakawai player. He then added more sound and produced musicDj
Damaru is Julian Montenegro, born in December 1987 from Costa Rica .
Started his journey through music playing guitar and bass with local hardcore bands.
Julian started assisting to local psytrance parties around 2006 and fell in love with the psytrance music and all that surrounds this magic environment . In early 2009 Julian started pmixing as Dj Damaru in local bars and outdoor parties.

Ohh Marcel is Musta Marsel, a native of Vlora but now adopted by Italy. In 2012, along with a group of friends, he founded Outta Tribe, a new and emerging family of fans of Psytrance and Tekno music. From a very early age Marcel had a passion for African drums, congas, and Darbukas and later also discovered a passion for the didgeridoo. In his DJ sets he uses this mix of rhythms that he had cultivated from an early age to develop a rhythmic and powerful set with hints of psychedelia and forest.